One of the finest bats ever to wear an Ormes shirt & a big help to the skip in the field (no, honestly, all that shouting from fine leg is really helpful...) Mike has been a great addition to the club since joining in ’05. If there is any room for criticism it’s that he’s a bit fragile, stitches in the mouth, a broken hand, and fingers that can break at the drop of a fart (all in 2 seasons!), I rest my case, m’lord. The nearest the club has to an old pro (well, at least until Nitin arrived!). 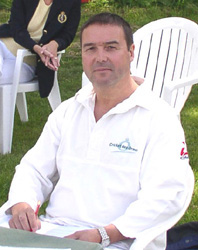 The ageless Dave is one of the less voluble members of the side and in true clichéd form, he lets his bowling do the talking. Often too good to get the edge, his metronomic bowling is a wonder to behold and his batting comprises meaty hitting in the late middle order, generally in the V. …(between square leg and midwicket). We are deeply indebted to Dave for his understated but amply evident leadership and drive to make us a better team - on and off the pitch. 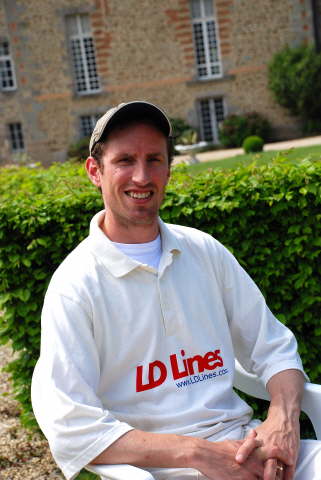 Peter heralds from ‘The Province’, Northern Ireland to you and I, AND HE WILL NOT TOLERATE…etc, etc. He joined the club in 1999 and in his first game managed to get knocked out cold and split his eyebrow open, welcome to the gentle sport of cricket. This is a man who loves his cricket, nearly as much as he loves his Volvo, campervan, Bach and comfy cardigans. Are you getting the picture? This is also a man, without who’s hard work, there would be no cricket season. If you fancy coming to play us, he’s your man, so he is! 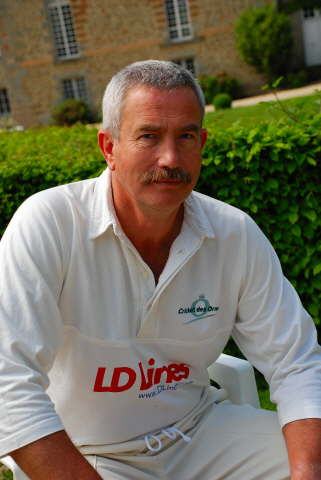 The elder statesman of the side and the quiet assassin, the Coxinator can run through sides when other bowlers have suffered a terrible hammering, with his own brand of very, very slow bowling – commonly known as ‘getting a lob on’. The newly-appointed Chairman, and moustachioed grenadier, who also answers to the name of ‘Ned’ (Flanders, not Kelly) is always immaculately dressed and takes very seriously his role of team sommelier. The departure of ex-Chairman, and offy, Bob Wootton will see even greater use of this airborne strike force. 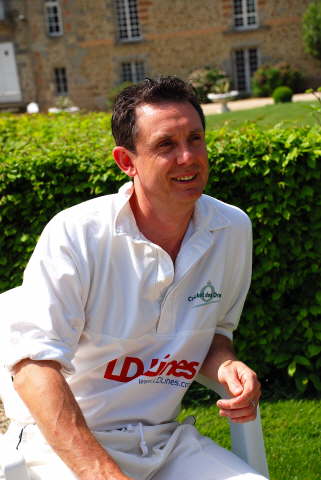 Don’t be fooled by his cutesy nick-name, Pete is more Rottweiler than rabbit and is the Ormes’ action man – a hugely successful former captain (we won the famous Rivershite Cup for the first time in 2008 under his charge), fiery opening bowler, one of the best fielders in the Club and destructive middle-order bat. He is the all time leading wicket taker by a significant margin and although he does not play as often now, by conservative estimates it would take about a decade for anyone to catch up with hi impressive wickets tally. Naturally, he is as busy off the field as on, being king of the barbecue, and organiser of Tours, Tournaments and Festivals; there is little this man has not done. His application to retire from the game and lead a peaceful life in England was emphatically rejected... so we hope to see him turn up (albeit infrequently) in Ormes colours for many seasons to come! 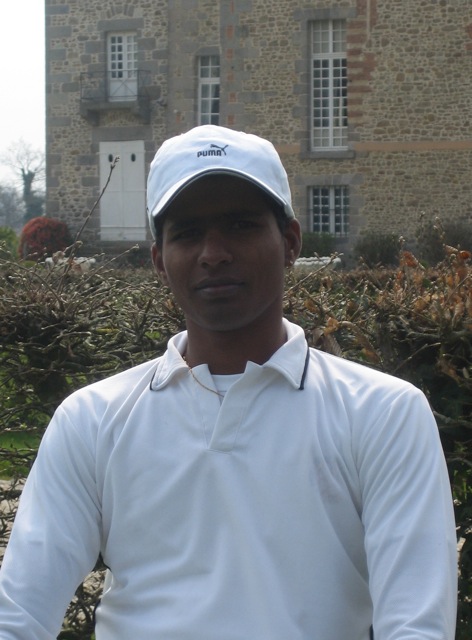 New to the Club in 2009, Bala was famously written off as a bowler by Cap'n Pants before he'd even bowled a ball! That view changed when he started bowling throat balls at a very sharp pace to discomfort many a visiting bat. A bit of fine-tuning (a fuller length and a slower ball) could lead to a hatful of wickets. As a middle-order bat, Bala has good technique and possesses the much-envied, and effortless, wristy flick off the legs for six. His fielding is even more impressive and a wise man would not bet against him achieving half a dozen run outs next season and being top catcher. The description 'keen cricketer' would in no way do justice to his attitude! 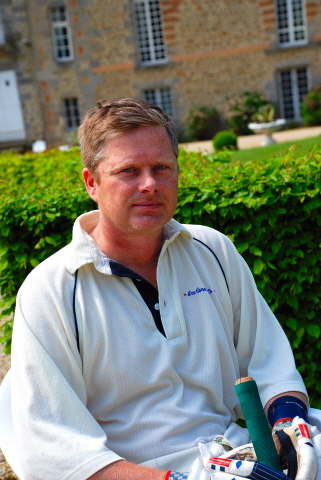 Those who’ve been coming to play us over the years will know all about Jules. To those that haven’t, he is the all time leading run scorer by a mile & (at the end of '06) joint all time leading wicket taker for the Ormes. All that is left for him to achieve is to get to a game on time. To give the opposition, some of our own chaps and his knees more of a chance, he’s playing fewer games these days.

He found the time to become a more regular name on the team sheet in 2009 and his cricket added a new dimension to the team - useful runs in the late middle order, 30 wickets of greatly improved swing bowling and incredible fielding feats...he patrols the covers like a U-boat in the shipping lanes - sweeping up anything loose alongside his partner in the covers, Bala. The wolf pack enforces a near blockade on the supply of runs from the crease to the boundary for opposition teams.

Richard is another product of the famous Ormes School of Excellence. He follows a well trod path being the second player (elder brother, Gary‘The 2nd’Hird, turned out for us too) to be sired By Dave ‘Whispering Death’ Hird. He is gradually developing his skills, showing fantastic agility in the field & some valuable late order runs. He will surely also follow that ‘Hird’ instinct and become an integral part of the club. Actually, he's already showing promise in this dept. by assisting our fixture sec, or 'mum' as he knows her in arranging our fixtures for the 2011 season. Of course, his development within the club depends on keeping him out of the nightclub and away from the girls...watch this space! 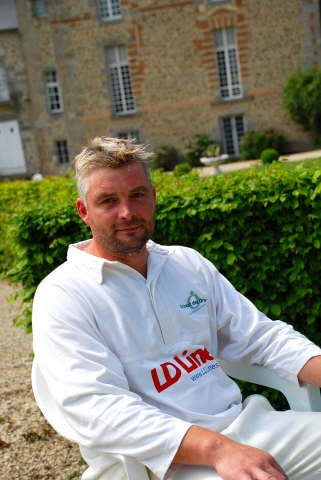 A son of Somerset, Capt. Pants (DJ to the stars) joined the club in 2005 and through hard work, persistence and being the owner of his own bowling machine, became the top scoring bat in 2005, '06 & '07. His wicket- keeping and batting prowess are just what England have been looking for since the demise of Alec Stewart. His running between the wickets & the tea table is legendary, with no chocolate- based snack food within 10km safe! A chronic shoulder injury has sidelined him for some time but we hope that he will be back.

click
©2021 Cricket in France is powered by PHDi Websites
Cookies are set by this site. To decline them or find out more visit our cookie page

©2021 Cricket in France is powered by PHDi Websites
Cookies are set by this site. To decline them or find out more visit our cookie page